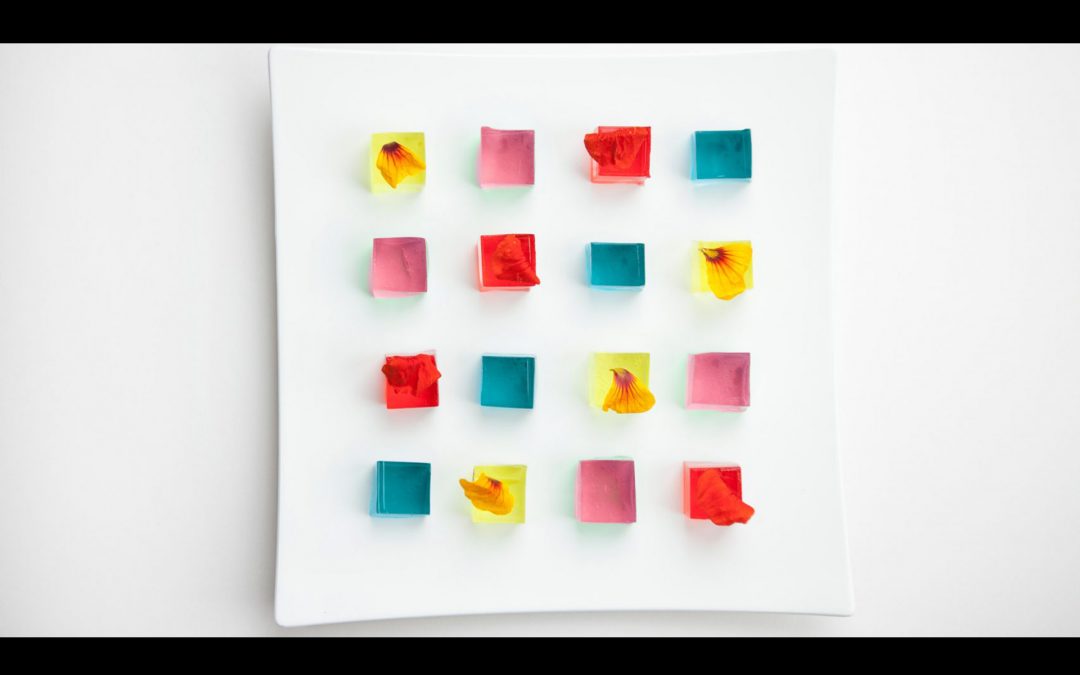 Food design studio Bompas & Parr has compiled a report that predicts seven trends it believes will shape what’s on our plates over the next year, from the flesh of extinct animals to nothing at all.
The Imminent Future of Food report is the first of its kind by the studio, which called upon its experience in the food, design and hospitality industries to foretell  how we will consume.”Now that we have a decade of experience as an agency with a reputation at the cutting edge of food, drink and experience design, it’s a natural next step for us to produce a report of this kind,” said Sam Bompas, who founded Bompas & Parralongside Harry Parr.The document is split into seven sections – each detailing a different prediction that is the result of research into changing technologies, reactions to cultural movements and global culinary influences.

The first trend, named AI dinner party, looks into the role of robotics in the hospitality industry, but how these can be improved for 2018. The studio envisions artificial intelligence to be used for creating dream dinner party scenarios, where guests can invite anyone – dead or alive – to sit at their tables.

“A bot of the desired diner is created, and a likely looking actor recruited to play their role,” said the studio. “A discreet ear-bud allows the actor to interact naturally with the dinner party while being fed lines in response to the conversation provided by the AI.”

Fasting is the new feasting

For its next trend, Bompas & Parr see the practice of fasting picking up momentum – off the back of the term clean eating becoming “disingenuous”. The studio notes that, while considered a fad diet, fasting is nothing new and has been practiced by religious groups for centuries. But 2018 will be the year that it spreads to the masses.

“As restrictive dieting becomes the ultimate form of social signalling, and perceived productivity benefits align with ever-busier lives, sit back and wait for your friends to tell you about their special new fast,” said the studio.

Africa is the new Asia

The obsession with food from Asian countries will dwindle in favour of African cuisine, according to the studio. The prediction aligns itself with economic forecasts for the continent, which foresee Africa becoming the second fastest-growing region in the world between 2016 and 2020.

“[Africa] is arguably the main remaining world food culture left to be adopted, adapted and commercialised. The very fact we still talk about ‘African’ culinary culture is itself a sign of our collective naivety about the continent in the way we lump together that the huge array of gastronomic opportunities of its 54 countries,” said the studio.

“As its economic power develops, with world focus turning to the continent, it’s clear its cultural – and culinary – reach will also become far more influential.”

The connection between food and sleeping is the next area to be examined by the studio. Although research into this area is nothing new, they believe the next step in this trend will be developing whole dishes designed to help aid slumber – rather than focusing on specific foods.

“To some extent this is a matter of connecting the dots of existing scientific knowledge, but around that exist further opportunities to commercialise sleep as an end in itself,” said the studio. “The next step is to develop dishes and diets that deliberately target sleep as their core output.”

“This next wave of augmented reality will draw people together in contrast to the way it has so far separated them while the reduction in size of wearable technology will encourage greater take-up and fuel demand for scenarios where it can be effective,” they said.

Research surrounding Genetically Modified Organism (GMO) research has improved rapidly in recent years, with advancements also enabling designers to use it in their creative process. But 2018 will see them begin to alter food, allowing diners to eat the meats of extinct animals, or even taste human flesh.

“Using GMOs in the creative process will be an emerging trend that future designers will tap into and lead the discussion on,” said the studio. “The possibilities with food alteration will not only change our diets, but more importantly how our foods are produced: instead of manufacturing products, we will be growing our future food, and it’ll be biologists making them.”

With the rise of rental apps such as Airbnb, and taxi hailing apps like Uber, Bompas & Parr see dinner party hosting becoming something you can offer as service – rather than having to do it yourself.

“The food and leisure sectors will shift from traditional restaurant and bar formats to peer-to-peer experiences,” they said.

“Creativity and hostmanship will become open source and increasingly competitive, prompting ever-changing, always-new and perpetually exciting ways of where we should eat. We will live in a world where the city and its inhabitants will be completely open and an incredible experience or meal can be found around every corner.”